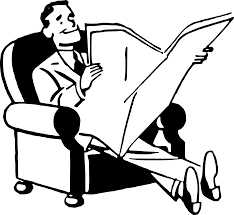 Get caught up, stay informed and see what you may have missed. News and Headlines from Saturday and current Sunday News.

Saturday’s News. Scroll down for Sunday.

American Airlines worker removed from duty after confrontation with mom

Senators seek data on Americans caught up in surveillance

SEATTLE (AP) — “Inspectors who visited Washington state’s largest psychiatric hospital found that safety problems that thrust the facility into the national spotlight after the escape of two dangerous patients a year ago persist, including neglected patients.

And a survey of Western State Hospital staff, conducted as part of federal oversight in December and January, found that administrators make decisions that “adversely affect patient safety” and there was a lack of trained or qualified staff, fear of retaliation from managers and too much focus on bureaucracy over staff safety.” More here. Problems remain at troubled Washington hospital

“FBI Director James Comey distrusted former Attorney General Loretta Lynch and senior officials at the Justice Department, believing they might provide Hillary Clinton with political cover over her email, according to a new report published Saturday by The New York Times.
The Times described Comey’s “go-it-alone strategy” in the Clinton probe as emerging largely from his suspicions that Lynch and others at Justice might seek to subtly downplay the Clinton investigation.” More here. NYT: Comey distrusted Lynch on Clinton

Marine Le Pen: Islamism Has Declared War On Our Nation, On Reason, On Civilisation

“Venezuela’s opposition prepared to march in silence on Saturday to honor a dozen people killed in three weeks of protests demanding that the government of President Nicolas Maduro hold delayed elections and address a growing economic crisis.” More here. Venezuela opposition march to honor those killed in violence

Trump to unveil tax cut he says could be biggest ever

“Rev. Franklin Graham is advising President Donald Trump not to follow the lead of liberals and release his tax returns – warning that it would just serve as a distraction and do nothing productive.” More here. Franklin Graham to Trump: Don’t release taxes

Why can’t the Clintons just go away?

This Earth Day, Remember How Often Environmental Alarmists Are Wrong

The ‘March For Science’ Shows How Carl Sagan Ruined Science

“Service to others is the rent you pay for your room here on earth.” – Mohammad Ali Via Rfdeask.com

PARIS (AP) — “Amid heightened security, French voters began casting ballots for their next president Sunday in a first-round poll that could help determine the future of Europe and serve as a litmus test for the spread of populism around the world.” More here. FRENCH VOTE IN MOST UNPREDICTABLE CONTEST IN GENERATIONS

If it holds true, this is cool video I thought. MARINE LE PEN MOVES TO THE RUN-OFF. SHE DID IT YEAH

US Blots Out Taliban ‘Shadow Governor’ In Afghanistan Airstrike

Poll: 67% Of Americans Say The Democrats Are Out Of Touch With Their Concerns

Killing the Messenger Didn’t Work. Bill O’Reilly’s Back on Monday

Trump pressures Democrats on Obamacare to get border wall deal

“We’re going to get paid for it one way or the other,” Sessions said on ABC’sThis Week. “I know there’s $4 billion a year in excess payments, according to the Department of the Treasury’s own inspector general several years ago, that are going to payments to people — tax credits that they shouldn’t get. Now, these are mostly Mexicans. And those kind of things add up — $4 billion a year for 10 years is $40 billion.” More here. AG Sessions: Erroneous tax credits to ‘mostly Mexicans’ could fund wall

Commentary: From France to the U.S., why ‘self-made’ politicians are winning

This guy is trapped in a viral video