The new year could bring a major scare: the expected crash of an 18,740-pound Chinese space station headed toward Planet Earth.

And researchers haven’t been able to pinpoint exactly when and where this event will likely happen.

Tiangong-1, a Chinese space station that launched into Earth’s orbit in September 2011, was predicted in essence to fall out of space around January 2018, according to an October forecast by researchers at The Aerospace Corporation.

The funds did not bring any new accusers into public view.

Texas police seek girls, 14 and 7; may be with person of interest in suspicious death

Texas police have issued an Amber Alert for two girls, ages 14 and 7, who may be with a man described as a “person of interest” in a suspicious death on Sunday.

After responding to a welfare check in the 2600 block of Leslie Court in Round Rock, Tex., police found a deceased woman inside, KHOU-TV reported. Her identity or relationship to the two children were not immediately disclosed. 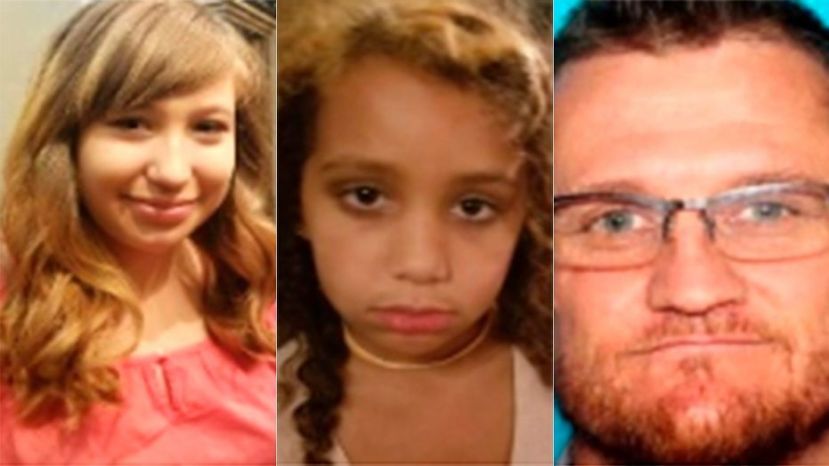 Round Rock police believe that Terry Allen Miles, 44, has abducted the girls. (Round Rock Police Department )

Police believe that Terry Allen Miles, 44, is connected to the suspicious death and the abduction of the two girls, Lilianais Victoria Cake Griffith, 14, and Luluvioletta Mariposo Bandera-Margaret, 7.

A 16-year-old New Jersey boy gunned down his parents, sister and a family friend just before midnight on New Year’s Eve, turning the family home into a bloodbath that his brother and grandfather managed to escape, authorities said Monday.

The teenager fatally shot his father, mother, sister and a family friend who also lived in the Long Branch, New Jersey home, Monmouth County Prosecutor Christopher J. Gramiccioni said in a statement. Police were called to the home around 11:43 p.m., and the suspect was taken into custody without incident, Gramiccioni said.

In early-February 2016, New York City Mayor Bill de Blasio signed legislation that would provide a pay raise to himself, city council members, district attorneys, and borough presidents, among others. The mayor said he wouldn’t take the pay raise until the beginning of his second term, which officially began on January 1, 2018.

New York City Mayor Bill de Blasio promised Monday to usher the city into a “new progressive era” that will spread beyond the city’s “borders.”

“Something big is happening in New York City,” de Blasio told a crowd of hundreds gathered in front of City Hall Monday. The 56-year-old Democratic mayor announced a commitment to bring about “a new progressive era in this city’s history,” one that will be “felt beyond our borders.”

De Blasio was sworn in Monday for his second and final term as the city’s mayor. Progressive stalwart Sen. Bernie Sanders of Vermont administered de Blasio the oath.

California Ushers in 2018 with Ammunition Control

It is January 1, 2018, which means law-abiding Californians can no longer buy ammunition out-of-state or possess an unregistered AR-15 with a bullet button accessory.

Baltimore has set a new per-capita homicide record as gunmen killed for drugs, cash, payback – or no apparent reason at all.

A surge of homicides in the starkly divided city resulted in 343 killings in 2017, bringing the annual homicide rate to its highest ever – roughly 56 killings per 100,000 people. Baltimore, which has shrunk over decades, currently has about 615,000 inhabitants.

You thought 2017 was going to end without a bang — other than the fireworks?

After The New York Times on Saturday published a story headlined “Republican Attacks on Mueller and F.B.I. Open New Rift in G.O.P.,” WikiLeaks couldn’t stand it anymore. In a late-night post on Twitter, WikiLeaks revealed that a Times reporter used to feed State Department email updates of the stories the paper would be publishing DAYS before the stories appeared.

At the time, Hillary Clinton was the Secretary of State.

This is a 21st century story that perfectly demonstrates the chasm of understanding between elites and ordinary people.

A female patient in Great Britain asked for a female nurse to take a cervical smear. But the nurse they sent in wasn’t exactly what the patient had in mind.

“Unlike Rouhani, I will not insult the Iranian people,” Netanyahu said in a video statement, referring to Iranian President Hassan Rouhani. “They deserve better. Brave Iranians are pouring into the streets. They seek freedom. They seek justice. They seek the basic liberties that have been denied to them for decades. I wish the Iranian people success in their noble quest for freedom.”

Protests have rocked multiple cities across Iran for four consecutive days with some calls for head cleric Ayatollah Khamenei to quit. The protesters were reportedly sparked by high food prices in Iran and grievances over how much the government spends on funding terrorist groups and supporting Syrian President Bashar Al-Assad.

In his very first tweet of the new year, President Donald Trump directed fire at the government of Pakistan, suggesting that the U.S. should stop sending them billions in foreign aid while they continue to spread “lies & deceit” and harbor terrorists.

While the tweet may have been intended as a warning to Pakistani government officials to be more cooperative in the fight against Islamic radicalism, it was certainly not the first time the Republican president has openly pondered slashing aid to the country, long accused of harboring terrorists and undermining U.S. military efforts.

The North Korean leader specified that he has a nuclear button on his desk, but he won’t use it to attack unless he feels threatened, The Washington Post reported.

Clarion’s 2017 Awards: The Bad and the Brave

Worst Mother:  Philadelphia mother Keonna Thomas, 33, planned to abandon her two young children and travel to Syria to join her ISIS husband (whom she married via Skype) and become a “martyr” for Islamic State. At her sentencing (she got eight years in prison), Thomas said, “I was, I guess at one point, impressionable.” That’s an understatement.

Worst Example Set by a Teacher:  A Tennessee teacher was suspended without pay after a video surfaced on social media of a girl in the teacher’s classroom having her hijab removedagainst her will, exposing her hair to the class.

Worst Example Set by a Lawyer: Speaking on TV about a proposed bill to tighten the anti-prostitution laws in Egypt, lawyer Nabih Wahsh stated,  “Are you happy when you see a girl walking down the street with half of her behind showing?…I say that when a girl walks about like that, it is a patriotic duty to sexually harass her and a national duty to rape her.”

A Virginia man was arrested for allegedly destroying evidence that linked him to ISIS.

Duncan and his wife tried to travel to Turkey in 2016 but were denied entry and returned to the U.S. At that point, he was interviewed by the FBI. Two days later, he deleted his Facebook account and changed his phone number.

A pair of grisly honor killings have shocked even the most hardened in Pakistan, after a teenage couple in Karachi was tied down and repeatedly electrocuted for the crime of wanting to marry one other, The Guardian reported.

How Progressives Are Responding to Fuqra Candidate

When Clarion Project broke the story about a congressional run in Massachusetts by an official from the Council on American-Islamic Relations (CAIR) and Jamaat ul-Fuqra (which now uses the name of Muslims of the Americas or MOA), we pointed out that she casts herself as “unapologetically progressive.”

It is fascinating to see how progressives respond to the “progressive” candidacy of Tahirah Amatul-Wadud, who is running in the Democratic primary in Massachusetts’ 1st Congressional District against Rep. Richard Neal.