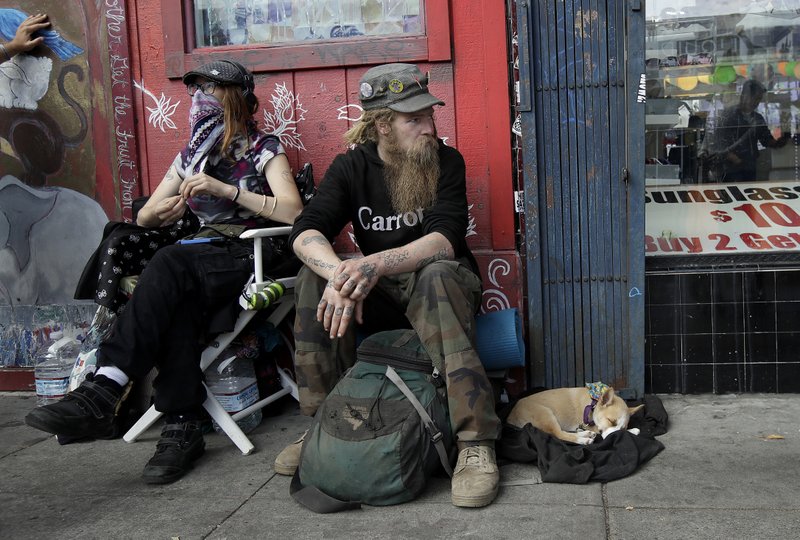 In this Oct. 1, 2018 photo, Stormy Nichole Day, left, sits on a sidewalk on Haight Street with Nord (last name not given) and his dog Hobo while interviewed about being homeless in San Francisco.

SAN FRANCISCO (AP) — San Francisco has come to be known around the world as a place for aggressive panhandling, open-air drug use and sprawling tent camps, the dirt and despair all the more remarkable for the city’s immense wealth.

The situation has become so dire that a coalition of activists collected enough signatures to put a measure on the city’s Nov. 6 ballot that would tax hundreds of San Francisco’s wealthiest companies to help thousands of homeless and mentally ill residents, an effort that failed earlier this year in Seattle.

Officials with the Volusia County Sheriff’s Office posted video footage that shows a man trying to pull out a loaded gun during a traffic stop.

The man, identified as 50-year-old Darren Moore in a CBS12 report, was pulled over by deputies on Oct. 13. Deputies said they could smell marijuana in his car, and they asked him to step out of his car.

He returned from Afghanistan to applause. Then he resumed his violent prostitution ring.

Boston, 29, was convicted Thursday by a federal jury of six counts of sex trafficking and one other related count, prosecutors for the western district of North Carolina said, bringing an end to an operation that spanned five years and was disrupted only when he left for Afghanistan.

“The defendant in this case preyed upon young vulnerable women, exploiting their drug addictions and forcing them to engage in prostitution for his own profit,” acting assistant attorney general John Gore of the Justice Department’s Civil Rights Division said in a statement.

Prosecutors detailed Boston’s violent and manipulative streak as he promised drugs, cars and money to women after they solicited for him in Charlotte, using the website Backpage.com.

Florida killer describes haunting ‘fantasy’ in crime doc: ‘I wanted to feel what it was like to take somebody’s life’

When William S. Coffin III first saw crime scene photos of Largo, Fla., resident Patricia Canon King, he was visibly disgusted by what he saw — despite the fact it was the transient himself who had brutally murdered the 50-year-old.

In 2014, Tampa Bay Times reported Coffin, then 32, stabbed the mother of two to death a few hours after she invited him inside her home. They had met earlier that day. The man was reportedly down on his luck and King was known for inviting strangers into her home so they could get a meal, rest and get back on their feet.

Authorities released surveillance video of the scene just seconds before a Georgia model crashed her car after being shot in the neck, hoping witnesses will come forward to identify the mystery shooter involved in the 28-year-old’s death.

Kelsey Quayle died Wednesday after her family pulled her off life support following the Oct. 8 collision. Quayle was driving to work in Clayton County when someone opened fire, striking Quayle in the neck. She lost control of her vehicle and crashed head-on with another car.

A group of more than 1,000 migrants formed in Honduras with the aim of trekking through Mexico to the U.S. border, defying warnings from Trump administration officials not to attempt the perilous journey.

The so-called “March of the Migrant” started in northern Honduras and plans to pass through Guatemala into Mexico, according to organizers. Upon reaching Mexico, the migrants will request refugee status or transit visas that will allow them to keep moving north to U.S. ports of entry.

FILE- In this May 22, 2018, file photo Georgia’s Democratic gubernatorial candidate Stacey Abrams waves in Atlanta. Abrams is trying to reach voters who don’t usually vote in midterm elections in the hopes to drive up turnout in her race against Republican Brian Kemp. (AP Photo/John Bazemore, File)

A “blue wave” in the midterm elections will be fueled in part by undocumented immigrants, Democratic gubernatorial nominee Stacey Abrams said at a campaign rally last week.

Abrams, running for governor in Georgia, made the comments at a rally on Tuesday with Sen. Elizabeth Warren, D-Mass., according to the Washington Free Beacon. The remarks quickly made headlines, as they appeared to suggest illegal immigrant participation at the polls — though Abrams may have simply been saying their interests would be represented. 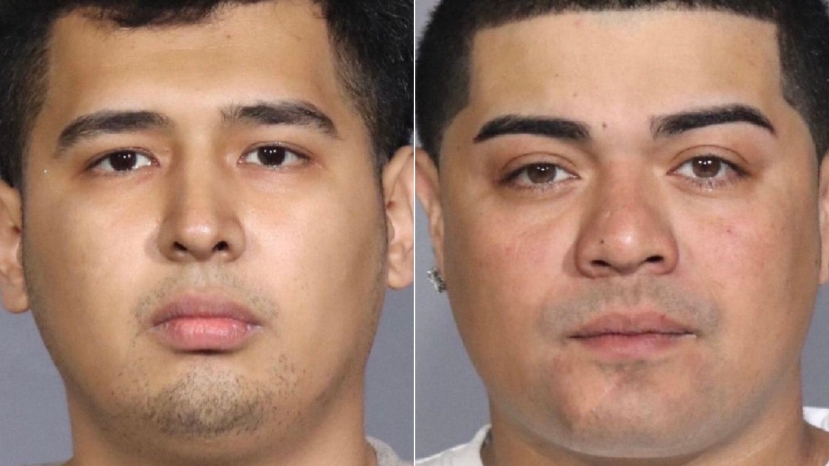 Dani Cruz, 25, and Maxwell Martinez, 24 are wanted for allegedly stabbing a 17-year-old boy in the chest around 10:30 p.m. on Aug. 31. The incident occurred near Long Island Railroad’s Jamaica station in Queens.

Under the designation, it makes the groups among the highest priority of law enforcement.

“They represent a direct threat to us,” Sessions said during prepared remarks in Washington, where he was joined by Deputy Attorney General Rod Rosenstein. “We cannot allow them to expand their influence.”

EVANSVILLE, Ind., Oct. 15 (UPI) — Indiana Attorney General Curtis Hill has asked the U.S. Supreme Court to uphold a state law prohibiting women from seeking abortions based on the race, sex or disability of a fetus.

The law, signed in 2016 by then-Gov. Mike Pence, also requires health facilities to treat aborted fetuses as human remains and dispose of them through cremation or burial.

BOSTON, MA – OCTOBER 14: Asian Americans protest against what they believe are discriminatory practices being applied towards Asian American by Harvard University, accusing the college of discriminating against them, Sunday, October 14, 2018, at Copley Square in Boston. (Photo By Jim Michaud/Boston Herald)

Protesters took to the street yesterday, arguing for and against affirmative action in separate demonstrations ahead of opening arguments in federal court today in the Harvard University discrimination trial.

Hundreds gathered in Copley Square to protest affirmative action, arguing the policy is harmful to Asian-American students by imposing higher requirements with lower acceptance rates in comparison with other races. Protesters said students were being discriminated against based on their race.

A former staffer for the Senate Select Committee on Intelligence pleaded guilty Monday to lying to the FBI about leaking sensitive information to the media about former Trump campaign adviser Carter Page.

James Wolfe, the former director of security for the Senate panel, pleaded guilty to one count of making false statements to the FBI during its investigation into media leaks, the Department of Justice announced.

Wolfe, 57, was indicted in June for lying to investigators during a Dec. 15, 2017 interview about his contact with four reporters.

‘We Are Hunting You’: VT GOP Candidate Says She Received Threatening Letter 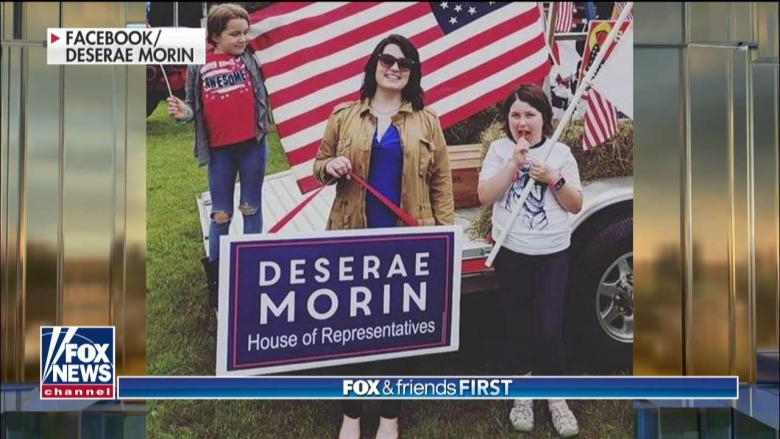 A Republican who’s running for a seat in the Vermont House of Representatives is claiming to have received a letter with death and rape threats from an alleged socialist.

Deserae Morin, of Colchester, published a photo of the vulgar letter — comprised of cut-out block letters — on her Facebook page over the weekend.

A “suspicious letter” sent to the home of Sen. Susan Collins in Bangor, Maine, has prompted an investigation by local authorities, sources told Fox News on Monday.

A Bangor Police Department spokesman told Fox News that investigators responded to “a residence on West Broadway to investigate a suspicious letter” at 1:39 p.m. Monday.

“We are currently on the scene. The investigation is ongoing,” a Bangor Police Department spokesman told Fox News. “The Criminal Investigation Division is working in conjunction with the Bangor Fire Department and local hazmat team from Orono, Maine.” 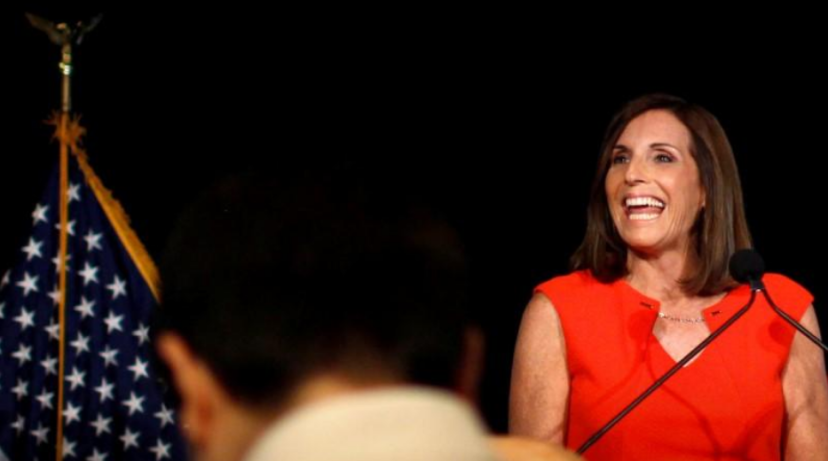 PHOENIX, Ariz. (Reuters) – For most of this year, Democratic U.S. Senate candidate Kyrsten Sinema of Arizona has run what has been viewed widely as one of the best races in the nation. But with less than a month to go to Election Day, there are doubts whether she can make it across the finish line.

Her matchup with Republican Martha McSally appears to be tightening at the same time that some voters are casting their ballots with the start of early voting in the state. That is unwelcome news for Democrats, who just weeks ago believed they had a chance to gain more than the two seats they need to take control of the Senate.

President Trump and the first lady arrived in the Florida Panhandle on Monday morning to tour areas of the Sunshine State and Georgia that were devastated by Hurricane Michael last week.

Speaking to the media shortly after landing and ahead of an aerial tour of the destruction, Trump praised the work being done by Florida GOP Gov. Rick Scott and emergency workers throughout the southeast in the wake of the storm.

“Gov. Rick Scott has done an incredible job,” Trump said. “He steps up in the biggest emergencies and the biggest problems.”

On ‘Fox & Friends,’ Kellyanne Conway praises President Trump’s ‘excellent’ interview with Lesley Stahl and his leadership on the world stage.

Mounir el-Motassadeq, convicted for role in 9/11 attacks, is a free man after Germany deportation

Mounir el-Motassadeq is led from one helicopter to another at the airport in Hamburg, northern Germany. (AP)

One of the only two people who has been tried and sentenced in connection to the Sept. 11 terrorist attacks is a free man again – and is heading back to his native Morocco.

Mounir el-Motassadeq boarded a flight in Frankfurt on Monday after his conviction more than a decade ago for being a member of a terrorist organization and accessory to the murder of the 246 passengers and crew on the four jetliners used in the attacks.

El-Motassadeq was released shortly before completing his 15-year-sentence on the condition that he agreed to deportation to Morocco.

Jamal Khashoggi speaking during a press conference in Bahrain in 2014.

Turkish and Saudi officials have arrived at the Saudi consulate building in Istanbul on Monday for a joint “inspection” as speculation continues to grow surrounding his whereabouts of missing activist Jamal Khashoggi.

The Associated Press reported that the team of inspectors arrived Monday afternoon in an unmarked police car and did not make any statements to journalists who had gathered outside. Khashoggi was last seen there nearly two weeks ago and the ongoing search comes one week after Turkish officials demanded access to the consulate.

Chinese companies said to be planning a $2B refinery in Iran

Oct. 15 (UPI) — Chinese companies have offered to invest $2 billion to build a refinery in a northern region of Iran located in the southern shores of the Caspian Sea, according to an Iranian news agency report.

Hassan Kheirianpour, the deputy governor general for economic affairs of the province of Mazandaran, which is located north of Tehran, was informed about the Chinese companies interest, the agency said Monday.

‘Life after Google’ author George Gilder explains the role of creativity in capitalism as he shares economic insight on ‘Life, Liberty & Levin.

After making a big show of taking a DNA test to determine her ancestry, it turns out that Elizabeth Warren has negligible Native American roots. Not only is the Massachusetts Democrat white, she’s really, really white, possessing less Native American blood than the average European-American.

The Boston Globe was first to report on a six-page DNA analysis conducted by Carlos D. Bustamante, a Stanford University professor and adviser to the do-it-yourself testing company, 23andMe. But while Bustamante is a professional in his field, even the Globe had to note “the inherent imprecision of the six-page DNA analysis.”