News and Headlines. In The News, Immigration, World News. 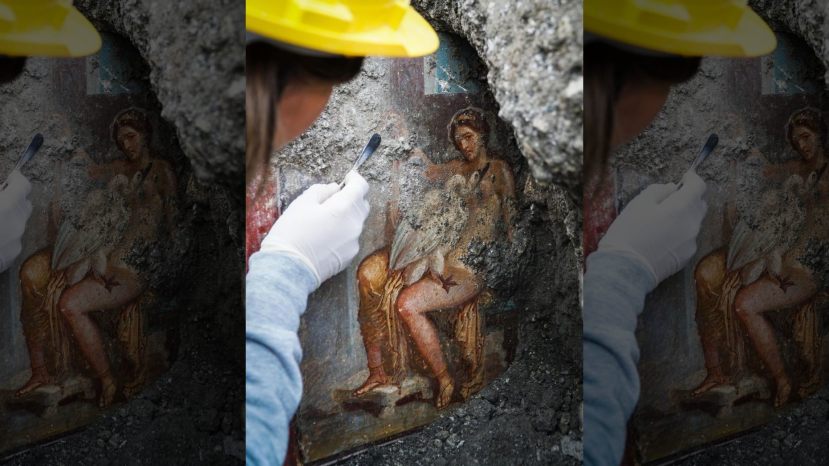 An archeologist cleans up the fresco ”Leda e il cigno” (Leda and the swan). (Cesare Abbate/ANSA via AP)

In the fresco, Jupiter is disguised as a swan. The figure of Leda being impregnated by the god in swan form was a fairly common home decoration theme in Pompeii and Herculaneum, another town destroyed in A.D. 79 by the volcanic eruption of Mount Vesuvius near present-day Naples.

Following the eruption of Mount Vesuvius, Pompeii was quickly buried by volcanic ash, killing about 2,000 of the city’s residents, according to History.com.

Leda is an important figure in Greek mythology. “The scene – full of sensuality – depicts the union of Jupiter, transformed into a swan, and Leda, wife of King Tyndareus,” explains the Pompeii archaeological site, in a Facebook post.

Ernie, a 92-year-old veteran in Avon, has been eating lunch at the fast-food restaurant nearly every weekday for the past year.

Ernie, who always orders the kid’s meals with chicken nuggets and a root beer, comes alone and is usually joined by an employee while he eats his food. 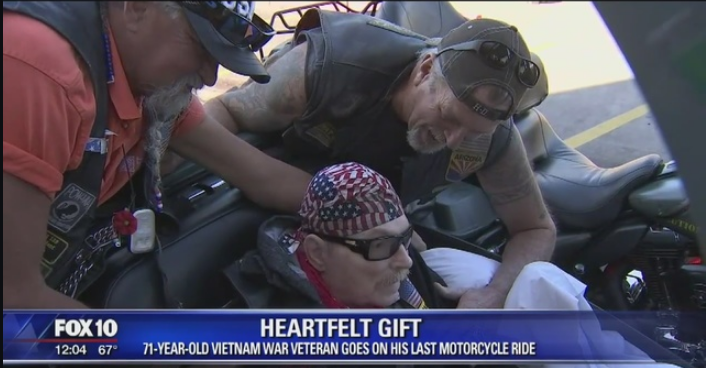 McKella Williams, Jones’ caretaker, came up with the idea after learning of his love for motorcycles and worked to make it happen.

The privately held drugmaker Kaleo Inc. increased the price of its lifesaving medication by more than 600% in recent years, a new Senate subcommittee report has found, calling the company’s actions a way of taking advantage of the U.S. opioid crisis.

Evzio dispenses naloxone, a substance that can reverse an opioid overdose that is widely used by medics in treating addicts. After price hikes made over the course of just 11 months, Evzio cost $4,100 for two doses, a burden shouldered by federal programs, taxpayers and health insurers, according to the report.

The latest clash between Antifa—a group that advocates openly for violence against people and groups it disfavors—and people holding permitted rallies and events began with police officers blocking the radicals from a “Him Too” rally, organized by Haley Adams for men’s rights. She said the gathering was to support due process and men falsely accused of sexual assault.

After the rally, people departing the site were stalked by Antifa members and others, leading to several flare-ups of violence.

In one scene, people who had attended the rally were confronted by a large group of radicals, including Hannah McClintock, 19, distinctive with purple hair. McClintock “repeatedly spit at a man and hurled punches at him. I had witnessed her trying to fight people over and over,” said journalist Andy Ngo, who recorded the video.

Hannah McClintock, the woman in yellow with #antifa, repeatedly spit at a man & hurled punches at him. I had witnessed her trying to fight people over & over. She was one among six people who were arrested. pic.twitter.com/jWtX2wahw8

Poll: Americans Turn on the Social Media Masters of the Universe

Notably, independents have moved from believing social media helps democracy to taking a position similar to Republicans, that it has a harmful effect. This is in contrast to Democrats who still have evenly divided feelings on the matter.

As pressure on the social media giant’s leadership mounts and employees’ morale has dropped in the wake of the 6,100-word report last week detailing the company’s attempts over a two-year period to deny, delay or deflect blame over Russia’s election manipulation on the platform, Sandberg’s track record as second-in-command is being probed.

The Times claimed that Sandberg worked in secret to prevent Facebook’s board and the public from learning the full extent of Russia’s misinformation campaign on the network and that Sandberg was “seething” at Facebook’s former security chief Alex Stamos and yelled that he “threw us under the bus.”

Also, it is Sandberg who — despite her role overseeing Facebook’s communications and policy efforts — said last week that she did not know the tech giant hired the opposition research firm Definers Public Affairs nor of its efforts to push negative stories about other companies. 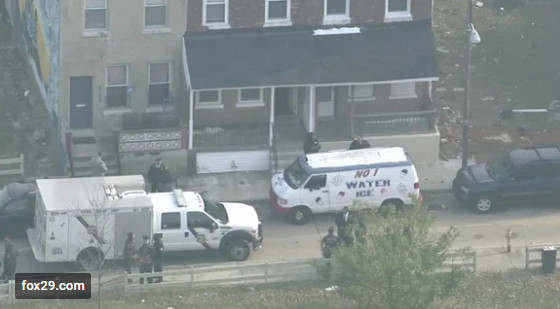 All four victims were found with a single gunshot wound to the head.

Arthur Posey, 30, was at Willie’s Chicken Shack on Nov. 13 when employees say he got into a heated argument with staff and threatened to come back with a “bomb,” according to The Times-Picayune.

A worker said Posey didn’t mention anything about the bathroom at the time of the alleged threats.

IN THIS CASE, IT’S NEIL GORSUCH AND SONIA SOTOMAYOR AGAINST THE REST

Justices Neil Gorsuch and Sonia Sotomayor jointly dissented Monday after the U.S. Supreme Court declined to take up a case concerning drunk driving and the Constitution’s confrontation clause, an apparent first for the divergent pair.

The case was occasioned in April 2015 when an Alabama woman named Vanessa Stuart, who was driving while intoxicated, collided with another vehicle on Interstate 10.

The second vehicle careened off the highway into a wooded area — its driver, Tiffany Howell, died before first responders reached the scene. Stuart was charged with manslaughter and driving under the influence.

US shuts down busiest border crossing between Mexico, California 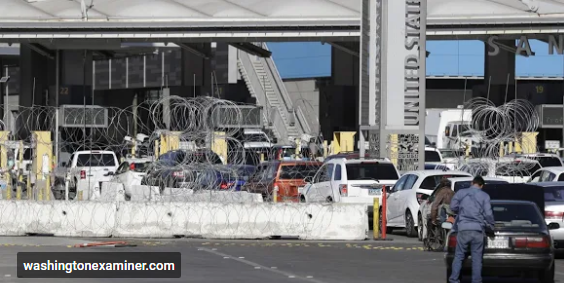 U.S. border officials on Monday shut down all vehicular traffic flowing north from Mexico into California at the country’s busiest border crossing and diverted staff to help bulk up the infrastructure and security there, in anticipation of the arrival of thousands of migrants traveling in caravans from Central America.

The San Ysidro port of entry, which processes 20,000 pedestrians and 70,000 vehicles moving from Tijuana to San Diego each day, closed all passenger and commercial lanes and one of its two pedestrian crossings.

Up to 10,000 caravan migrants headed to the US border

Between 8,500 and 10,500 people are making their way from Northern Triangle countries El Salvador, Guatemala, and Honduras to America’s southern border. About 6,000 have already made it to Tijuana, a city of 1.7 million residents that sits just over the border from San Diego, Calif.

“Most of those are part of the caravan or some of those who are groups or individuals appeared prior to the caravan,” a Department of Homeland Security official told reporters in a phone briefing Monday afternoon.

Mexicans protest the migrant caravan from Central America as riot police keep them away from the migrant encampment in Tijuana, Mexico, on Nov. 18, 2018. (Charlotte Cuthbertson/The Epoch Times)

TIJUANA, Mexico—More than 300 Tijuana residents took to the streets on Nov. 18, in a rowdy protest against the migrant caravan—which they say forced its way into their country and is demanding to be looked after, even complaining about the food.

Magdalena Baltazar, 40,  held a sign saying “Mexicans love beans” after hearing that the migrants, from Central America, had been complaining about the food Mexico has offered them.

“They complained that the tacos, the tortillas with beans, are food for animals,” Baltazar said through a translator. “It is actually one of the foods that people here in Mexico have at home. How is it possible that immigrants come here to criticize Mexico’s food?”

ONE-THIRD OF MS-13 MEMBERS IN U.S. ARE OBAMA’S ‘UNACCOMPANIED MINORS’

The successful “Raging Bull’ sweep was announced by Immigration and Customs Enforcement (ICE) Deputy Director Tom Homan in a joint press conference at ICE headquarters in Washington, D.C. on Thursday.

Prosecutors announced a fourth arrest Monday in the case of an illegal immigrant charged with killing three people in Missouri after being released from a New Jersey jail.

Perez was being held at the Middlesex County Jail when ICE Enforcement and Removal Operations placed a detainer on him that was ignored.

“This case is, unfortunately, a tragedy that happened that may have been avoided,” John Tsoukaris, the field office director for ICE Enforcement and Removal Operations in Newark told mycentraljersey.com last week. “The only county jail right now in the state that refuses to work with us is the Middlesex County Jail.”

MEXICO CITY — A Red Cross paramedic was killed and six others wounded in a rare attack by a gang of young gunmen on a Red Cross aid distribution event in southern Mexico.

Three police officers providing security at the event also died in the attack Sunday in the township of Taxco, in the southern state of Guerrero.

Jim Carrey: Trump Is a Cancer and Republicans Are Rapists Who Need to Be Removed

“These are not people you can deal with. You cannot be bipartisan with a criminal. A rapist needs to be removed, not negotiated with. These people are raping our system, they’re destroying it right in front of us,” Jim Carrey said, according to The Hollywood Reporter.

“These people have to be removed from our system because they’re bad for us,” Carrey continued. “Trump is a melanoma, and anybody that covers for him, including Sarah Sanders, is putting makeup on it. It shows that there’s a deeper problem in this country, and that problem is greed.”

This week’s Liberal Media Scream features a show that regularly beats up President Trump, CNN Tonight with Don Lemon. This time it was one of his guests that lashed out not only at Trump but his supporters, especially women, calling them racists.

At the top of a Friday night discussion about why many white women support Trump, CNN political analyst Kirsten Powers declared their preference for Trump over Hillary Rodham Clinton means, de facto, they are “racist.”

“He’s been critical of President @realDonaldTrump— even dating back to the 2016 campaign,” the tweet added. “He’s hardly a non-political figure.”

Trump referred to McRaven as a “Hillary Clinton fan” and an “Obama backer” during an exclusive interview with “Fox News Sunday.” He then segued into criticism of McRaven for not finding bin Laden sooner.

The White House is charging ahead in its attempt to revoke CNN reporter Jim Acosta’s press credential after a federal judge ordered it restored.

In a court filing Monday with the U.S. District Court in Washington, D.C., lawyers for CNN and Acosta said White House press secretary Sarah Sanders and White House communications director Bill Shine sent a letter to the correspondent informing him they revoked his “hard pass” access to White House grounds.

The Trump administration officials cited his conduct at a contentious post-election press conference with President Trump this month. 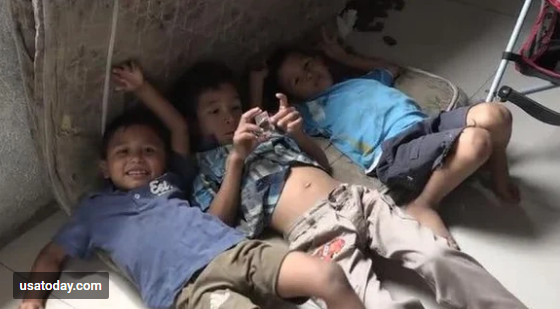 Once a student, Torrealba fled across the Venezuelan border three months ago with no prospects of a visa, a job or a future in Colombia.

Now, Torrealba is among more than 1 million Venezuelans who crossed into Colombia fleeing widespread food and medicine shortages, rampant hyperinflation and violence by the regime of President Nicolás Maduro. 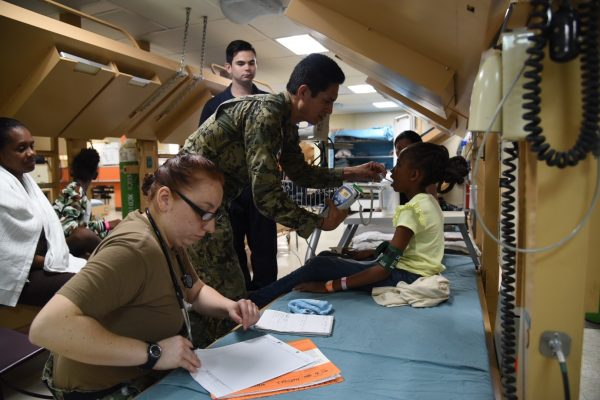 The Comfort had provided assistance in Ecuador and Peru before moving on to Colombia as part of the 11-week “Enduring Promise” mission throughout the region.

The ship had been deployed to the region several times in the past to tend to vulnerable populations, but this particular mission is unique because its purpose is to relieve pressure on local medical systems following the surge of migrants from crisis-stricken Venezuela.

Over three million migrants have fled Venezuela according to the United Nations High Commissioner for Refugees (UNHCR), most to neighboring Latin American nations—and over a third to Colombia.

Tagged as: Immigration, In the News, World News