In The News, Politics/Deep State, Immigration/Sanctuary State, World News, Commentary/Opinion all covered in News and Headlines today. Keeping you informed.

The deputies, 29-year-old Sgt. Noel Ramirez and 25-year-old Taylor Lindsey, were eating at Ace China restaurant around 3 pm when the gunman opened fire on them through a window. Both deputies were killed.

The Washington Post quoted Gilchrist County Sheriff’s Office saying, “Both our heroes had simply sat down to eat while on duty. There was no crime in progress, no disturbance. The suspect appears to have walked to the front of the business and shot both men without warning. Two holes in the window are visible tonight.”

Gilchrist County Sheriff Robert Schultz addressed the incident, saying, “I don’t have answers to why this happened.

No suspects have been arrested. And it’s unclear if the person who threw the grenade is the same person who shot the unidentified teenager.

The father of the victim said someone threw a grenade through a window as the family slept. Before police arrived, someone fired gunshots into the house.

The 16-year-old was hospitalized with what authorities called moderate injuries. He was hit in the arm and upper torso.

Grandmother accused of killing her husband captured in Texas

“I promised all along that Lois Riess would end up in a pair of handcuffs,” said Lee County Undersheriff Carmine Marceno in a statement. “Tonight, she sits in a jail cell in Texas. We are working as expeditiously as possible to bring her back to Lee County to face murder charges.”

Norwalk police break up party at a bar with over 103 underage people, many drunk

Police arrived at the country bar just after 11:30 p.m., and since there were so many people inside, they had to call for extra officers for help.

Investigators found 103 underage people at the bar, to include 93 people who were Fairfield University students.

Woman lost 2 sons in one night to opioids; fighting the crisis is now her life’s work

Her two oldest sons, Nick and Jack, were celebrating at high school graduation parties the night before. The boys came home about 12:30 a.m. and checked in with their mom, who had been waiting up.

The next morning, as Savage was picking up laundry in Jack’s room, she noticed that he wasn’t stirring as she tried to wake him.

The professor who came under fire for celebrating the death of former first lady Barbara Bush has caused another college’s mental health crisis hotline to become flooded with calls after she posted the number online as her own.

“If you really wanna reach me, here’s my number ok?” the tenured professor said.

But the number she gave out was fake and was really connected to a 24-hour crisis hotline at Arizona State University. It is run by EMPACT, a suicide prevention center.

In his annual State of the City address on Monday, April 16, Los Angeles Mayor Eric Garcetti announced that Elon Musk’s SpaceX would be building its Big Falcon Rocket ships in none other than the Port of Los Angeles. The Big Falcon Rockets (or BFR for short) have an ultimate goal of exploring Mars, a goal that Musk hopes to accomplish by 2022. 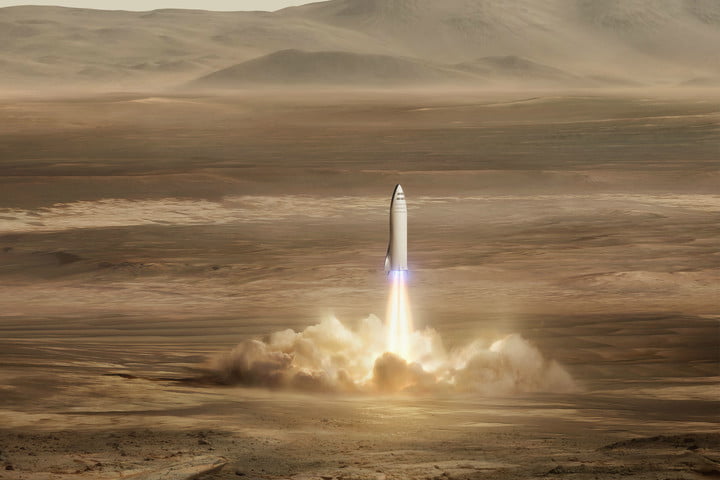 “This is a vehicle that holds the promise of taking humanity deeper into the cosmos than ever before,” Garcetti said in the speech. “And this isn’t just about reaching into the heavens. It’s about creating jobs right here on Earth.” The facility bring with it as many as 700 jobs, as per SpaceX.

From there, the regulators found some bad behavior. One problem was with mortgages,

According to the CFPB, within days of rolling out the new policy, the bank realized in internal communications that its guidelines for loan officers were inadequate. For nearly three years after an audit first identified risks for consumer harm, an internal audit Wells Fargo inconsistently applied its policy and charged borrowers extension fees when it shouldn’t have. It wasn’t until March 2017 that Wells Fargo substantially changed its extension fee practices.

The other problem was with auto insurance practices.

Again, that’s a perfectly legal practice. The problem for the roughly 2 million borrowers the bank forcibly placed insurance on since 2005, is that hundreds of thousands were unnecessary, according to the bank’s own audits. In addition, when some customers did get adequate insurance and provide proof, the bank still kept the forced-placed policies on accounts or didn’t refund the premiums, or related fees and charges including repossession fees.

The EU rules require consent forms to be written in plain language anyone can understand, as the EU targets the legalese buried in pages of terms and conditions that few users actually read before clicking “I Agree.” The regulations also require that consent must be as easy to withdraw as it is to give.

Reuters reports that Facebook is looking to limit its exposure to the EU’s new General Data Protection Regulation (GDPR). Passed in 2016, the law regulates how firms protect the data of EU citizens.

On May 25, the EU will start enforcing the new regulation, which explicitly applies to any company that uses the data of EU residents, no matter where it is based. Organizations in breach of GDPR can be fined up to 4 percent of their annual global turnover or 20 million Euros ($24.6 million), whichever is greater. For Facebook, which reported over $40 billion in revenue during its fiscal year 2017, the implications of the new regulation is significant.

Twitter Blocks Girl with Down Syndrome for Posting ‘Pro-Life Pictures’

Charlotte “Charlie” Fien, a British pro-life activist with Down syndrome, was reportedly blocked by Twitter for 24 hours this week after posting pro-life materials.

The 22-year-old English girl with just under 2,000 followers was up in arms over Twitter’s heavy-handed move, especially since the social media giant routinely allows pro-abortion users to post anything they want without censorship.

The Democratic Party on Friday filed a multimillion-dollar federal lawsuit against Trump campaign officials, the Russian government and WikiLeaks alleging a widespread conspiracy to tilt the 2016 election in Donald Trump’s favor.

Calling it an “all-out assault on our democracy,” the Democratic National Committee filed the civil suit in federal district court in Manhattan. The suit amounts to another legal broadside related to the 2016 race, on top of the special counsel’s ongoing Russia probe and the FBI raid on Trump’s personal attorney last week.

The criminal referral letter signed by 11 House Republicans — led by Rep. Ron DeSantis, R-Fla. — specifically raised concerns about Strzok and Page’s alleged “interference in the Hillary Clinton investigation regarding her use of a personal email server.”

The Strzok email regarding the Obama White House comments was sent a week-and-a-half after Fox News first reported that emails containing Top Secret (TS) and even more sensitive intelligence known as SAP (Special Access Programs) were found by a government watchdog on Clinton’s private server that she used for all government business as secretary of state.

Writing on the conversation he had with Trump, Comey wrote in a classified memo: “I said the Russians allegedly had tapes involving him and prostitutes at the Presidential Suite at the Ritz Carlton in Moscow from about 2013.”

As Hemingway notes, no reports had been published by any media outlet at the time Comey met with Trump and briefed him on the allegations contained in the dossier.

“I said media like CNN had [the allegations] and were looking for a news hook,” Comey specifically told Trump and noted in his memo. The Daily Caller reports:

New York Governor Cuomo grants 3,500 paroled felons the right to vote; Washington, D.C., may allow 16-year-olds to vote in the 2020 presidential election. For Dems, is it win by any means necessary?

An illegal immigrant who was previously deported was arrested in Oregon on Saturday after he went on a rampage and almost killed his co-worker with a nail gun, officials said.

Jesus Ascencio Molina, 24, a native of Mexico, was arrested on Saturday, April 14, after he assaulted Andres C. Marcelo, 24, of Wood Village, Ore., a fellow construction worker, the Clackamas County Sheriff’s Office said. Deputies were called to the scene of a home in Happy Valley after responding to reports of an assault.

Carissa Cutrell, an Immigration and Customs Enforcement spokeswoman, told the Daily Caller the sheriff’s office would most likely not notify ICE if and when Ascencio-Molina is released from jail.

“Even though we lodged a detainer, due to Clackamas County’s policy of non-cooperation, it is unlikely that ICE will be notified in the event Ascencio-Molina is released from custody before his criminal case is resolved,” Cuttrell said.

The DHS says at least 140 suspected gang members were released due to sanctuary policies; Brandon Judd and Hector Garza of the National Border Patrol Council react on ‘The Ingraham Angle.’

An illegal immigrant was identified as the man who drove a car into a Texas home earlier this month, which led to it exploding.

Dashboard camera footage from a police cruiser shows officer Travis Hiser walking up to Enriquez-Castro in the home’s front yard, after which the house violently explodes, hitting Hiser with shrapnel. 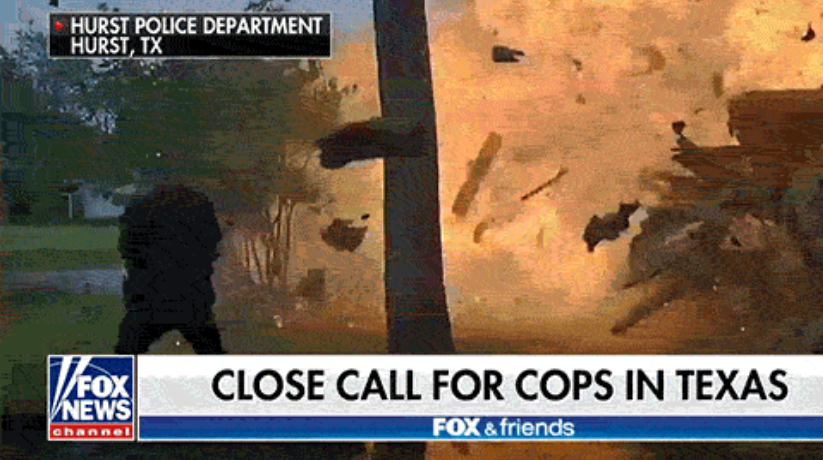 Dashboard camera footage from a police cruiser shows officer Travis Hiser walking up to Enriquez-Castro in the home’s front yard, after which the house violently explodes, hitting Hiser with shrapnel.

The family who lived in the home was inside at the time of the incident. Dixie Bridges is reportedly in critical condition, her husband is in good condition and their son was released from the hospital.

SITE Intelligence Group reported Friday that the al-Qaida branch in Mali posted a message saying it had carried out the attack nearly a week ago.

The message called it retaliation for a series of recent military operations that had killed some of the branch’s fighters.

Witnesses said the attackers struck the town of Timbuktu in vehicles disguised as belonging to the Malian military and the U.N. peacekeeping mission.

April 20 (UPI) — Japan’s Mount Io has erupted for the first time in 250 years, prompting the country’s meteorologists to warn residents and passing aircraft to stay farther away from the volcano than normal.

The volcano spewed ash and rock about 980 feet into the sky Thursday, sending debris more than 1 1/2 miles outward from the crater, the Japanese Meteorological Agency. There were no reports of damage or injuries.

4 killed in demonstrations at Gaza-Israel border

April 20 (UPI) — Four Palestinians were killed in protests on Friday at the Gaza-Israel border, the health officials said.

Another 133 were injured, the Palestinian Red Crescent said, as Palestinians demonstrated at five points along the fence separating Israel from Gaza.

Four Palestinians were killed in demonstrations along the Gaza-Israel border on Friday. Photo by Ismael Mohamad/UPI

What Should We Do About Guns?

“If the choice is supporting the anti-Trump resistance, or supporting policies that deliver real results, the Democrats are gonna choose the resistance every time.”