The Somali immigrant Affirmative Action cop who gunned down Australian Justine Ruszczyk Damond in Minneapolis last July 15 has finally been charged with murder and manslaughter. 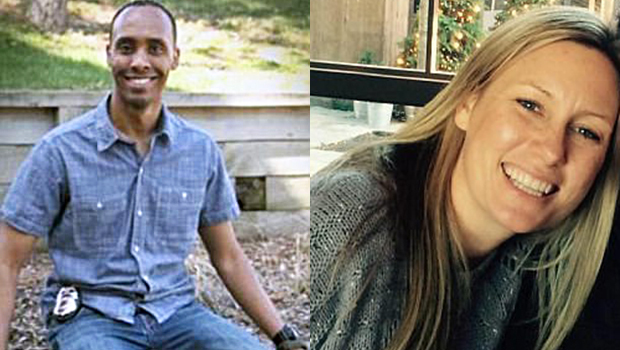 Officer Mohamed Noor who gunned down Justine Damond was charged with murder.

Former Minneapolis police officer Mohamed Noor was released from jail late Wednesday after posting bail on murder charges in connection to the shooting death of a 40-year-old Australian woman.

Bail had been set at $400,000 Wednesday after Hennepin County prosecutors raised concerns that the ex-officer could be a flight risk, noting that he might try to flee to his native Somalia.

Dozens of surveillance videos of Las Vegas shooter Stephen Paddock wheeling around luggage stocked with weapons and ammunition were released by MGM Resorts Thursday amid lingering questions about the motive of the attack.

The 32 clips show Paddock interacting with Mandalay Bay staff, playing the casino’s gaming machines and transporting suitcase after suitcase to his 32nd floor suite, where he proceeded to gun down 58 people on Oct. 1 in what is considered to be the worst mass shooting in modern American history.

In a little-reported declaration in support of the Department of Justice’s March 6 lawsuit against California, Scott recalled multiple instances in which a Border Patrol agent in the San Diego sector determined that releasing a criminal alien to a local law enforcement would likely result in the person being released without notification to federal authorities.

The council’s move inspired officials in Orange County and the cities of Aliso Viejo and Buena Park to consider adopting similar measures against California’s sanctuary law.

Orange County Supervisor Michelle Steel said in a statement Tuesday that she plans to present a similar ordinance to the Board of Supervisors.

The bank will require retail clients to only sell guns if the customer has passed a background check, to restrict sales to people under 21, and to refuse to sell bump stocks or high-capacity magazines. Bump stocks enable a semiautomatic rifle to fire faster.

With the sequester caps gone, Republicans are linking arms with Democrats. Yes, they’re spending more on things we shouldn’t be funding at all, things the president vowed to defund.

Republican Rep. Jim Jordan of Ohio called the latest congressional spending bill the “worst bill” he’s seen during his time in Congress and said he will vote against it.

“It’s not even close to what we told the American people we were going to do. So it’s not just conservatives who don’t like this bill,” Jordan said Thursday on “Fox & Friends.” “It’s 2,200 pages that fund sanctuary cities. Funds Planned Parenthood. Restricts Second Amendment liberties and grows the government at a $1.3 trillion-dollar price tag on this legislation. Which will lead to a $1 trillion deficit.”

Kentucky Sen. Rand Paul registered his frustration with a biting tweet: “It’s a good thing we have Republican control of Congress or the Democrats might bust the budget caps, fund planned parenthood and Obamacare, and sneak gun control without due process into an Omni … wait, what?”

Senator Mike Lee: Don’t vote for members of Congress who vote for the omnibus

Senator Mike Lee is fed up with the D.C. swamp, and he’s calling on voters to take a stand.

Lee, R-Utah, is vociferously objecting to the latest $1.3 trillion spending monstrosity to emerge from the secret, closed-door meetings of congressional leadership. The bill is over 2,000 pages long and was made public to members of Congress just two days before they are being asked to vote for it to avert a government shutdown.

In a Facebook post, Sen. Lee declared his opposition to the bill, calling it “a disaster on every level.” He informed voters that conservatives do not expect to have an opportunity to offer amendments to improve the bill.

The omnibus legislation, a total of 2,234 pages long, raises defense spending by around $80 billion, but otherwise does not advance many of Trump’s agenda items. For example, the bill gives $1.6 billion for border security, including to build current wall projects, but does not authorize spending on any new prototypes or wall projects.

The bill passed by a vote 256 – 167, but oddly enough, most of the dissenting votes came from Republicans, who hold the majority, and not Democrats.

President Trump on Thursday signed a memo calling for tariffs on a range of Chinese goods and investment restrictions on Chinese companies in the U.S., a move that gives his administration just a few weeks to decide on a specific menu of trade restrictions.

Trump said the memo is a way to help reduce America’s large trade deficit with China and fight back against China intellectual property rights violations, and said the trade restrictions are aimed at leveling what he called an unfair playing field.

Report: WH Leaker Found, Much Worse Than We Thought

And that problem seems to be deep inside National Security Advisor McMaster’s wheelhouse. It’s just the latest time McMaster has been in the spotlight, and it’s rarely a good sign. When prominent conservative Sebastian Gorka left the Trump White House in August, for instance, his clashes with McMaster were considered to have played a key role.

The committee’s findings revealed that classified leaks alleging the Trump campaign may have colluded with Russia dramatically increased after the election and some of those leaks “correlate to specific language found in the Intelligence Community Assessment,” which had not been released at that time. It also noted that former Obama Director of National Security James Clapper, who is now an analyst at CNN, provided inconsistent testimony about his contacts with the media, specifically CNN, as previously published by this reporter.

Robert Mueller, Andrew Weissmann, the FBI and the Mob

“The integrity of the “investigation” and of the “investigators” must be a paramount priority in our criminal justice system at all times,” said David Schoen, a civil rights and defense attorney, who has been outspoken on the special counsel investigation. “Certainly this fundamental guiding principle must be followed when it comes to an investigation of the duly elected President of the United States.  The outcome potentially affects every one of us in very real terms…There were many alternatives to Mr. Mueller and his team and all of their very troubling baggage.”

The company used by the Obama campaign for this “target sharing” was Blue State Digital. Like Cambridge Analytica, it worked to influence politics across the pond as well, for the Labour Party in the U.K. in 2015. I haven’t heard any calls to investigate Blue State Digital.

After the Obama campaign used Facebook to its advantage in 2012, a former campaign alumnus noted its power.

Mark Zuckerberg Speaks Out on CNN: ‘I’m Really Sorry That This Happened’

Zuckerberg said that Facebook would be reaching out to “anyone whose data might have been affected” by the Cambridge Analytica situation “And going forward, when we identify apps that are similarly doing sketchy things, we’re going to make sure that we tell people then, too.” Surprisingly, the Facebook CEO also discussed the issue of tech regulation, stating that he was not entirely against the idea. “I’m not sure we shouldn’t be regulated,” Zuckerberg said. “There are things like ad transparency regulation that I would love to see.”

Year After Breitbart Report, Swedish MSM Catch up on Migrant Background of Majority of Gang Rapists

With regards to penalties, Expressen found that 29 of the men were jailed, receiving three-year terms on average, but in some cases, additional crimes were factored into their sentencing. A further two were sentenced to carry out community service.

Ten were sentenced to “youth care”, a so-called sanction in the Swedish legal system which involves referring young offenders to social services, which develop a “care plan” intended to turn youths away from crime.

Lord Justice Underhill said he could understand Pemberton’s feeling but “if you belong to an institution with known, and lawful rules, it implies no violation of dignity, and it is not cause for reasonable offence, that those rules should be applied to you – however wrong you may believe them to be”.

BEIRUT (AP) — Carrying their light arms, hundreds of defeated rebels began evacuating with their families Thursday from a devastated town in eastern Ghouta, an effective surrender under a deal with the government after a long siege and bombing campaign of the enclave on the outskirts of Damascus.

In just three minutes, Jordan Peterson gives the most accurate description of 21st century Marxists that I’ve ever heard

In this three minute video, Jordan Peterson says that is is morally reprehensible for anyone who knows anything about 20th century history to support Marxism in the 21st century.

“I don’t think the industry predicted this,” said Jon Erwin, co-director of the movie. “They really dismissed the film prior to opening weekend – almost called it a failure before we even got a chance to open it. The opening weekend success of ‘I Can Only Imagine’ illustrates just how large the Christian audience is, and the movie industry should pay attention.”

The independent Christian movie “I Can Only Imagine” performed far better than anyone could have imagined at the box office last weekend, bringing in $17.1 million when it was only expected to sell between $2 million and $4 million in tickets.

Why? Because people of faith in this country are speaking loudly. The elitists on the left who continue to ridicule Christianity while they preach at us to coexist need to stop talking and start listening.