A 56-year-old grandmother, Lois Riess, from Minnesota has been accused of killing her doppelganger and assuming her identity.

Authorities claim Riess has led them on a nationwide manhunt from Minnesota, where they found her husband shot to death, to Florida where they think she murdered a woman who resembled her to steal her ID, according to the Chicago Tribune.

WADSWORTH, Ohio –  A 17-year-old boy has been arrested in the death of a 98-year-old woman found inside a closet at her Ohio home.

In a statement to The Daily Wire, Fox News wrote:

Starbucks will close all U.S. stores on May 29 for ‘racial-bias education’

Starbucks said it would close all of its U.S. stores on the afternoon of May 29 for racial-bias education for its employees, the company said in a statement.

The coffee giant has come under pressure following the arrest of two black men last Thursday in one of its Philadelphia stores. The store manager whose phone call resulted in the arrests has left the company.

A yearlong assessment of the city’s residential mouse population found that what many of these rodents do carry are previously unseen viruses as well as bacteria capable of causing life-threatening human illness. Some of the bacteria were even antibiotic-resistant.

For one of the two papers, Lipkin and his team searched for and analyzed bacteria in the droppings of the captured mice. Running genetic tests, the researchers defined 235 separate genera and 149 distinct species of bacteria, including the most common causes of gastrointestinal upset: C. difficile, E. coli, Shigella and Salmonella.

The explosion of homeless encampments alongside railroad tracks has contributed to a spike in delays for California’s rocketing passenger ridership, an outbreak of accidental fires and deadly collisions, frustrating executives who call the impact on passengers “unacceptable.”

But it’s the trespassing incidents, where individuals unlawfully walk on or near railroad tracks and sometimes are hit by an oncoming train, that Kutrosky told Fox News on Tuesday has “accelerated” in 2018. 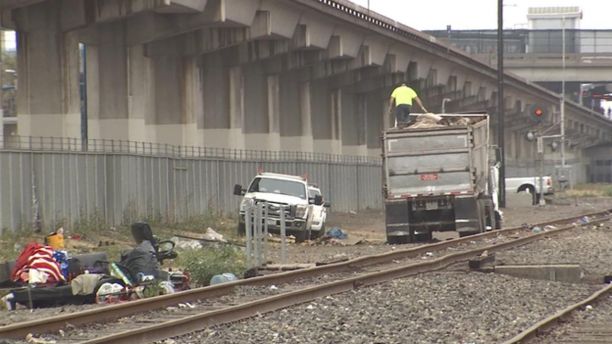 Those incidents can prove to be the most disruptive because they require an investigation by authorities that can take hours to clear up, especially if someone is killed. That causes rippling delays along the corridor, which saw 1.56 million passengers in 2016.

PASSENGERS on board a Southwest Airlines flight in the US were left ‘howling, crying and texting their loved ones goodbye’ after their flight hit a ferocious storm.

As the plane swaying violently, the terrified flyers on a flight from Fort Lauderdale to New Orleans prepared to die in a crash.

One person died Tuesday after an engine exploded in midair, leading desperate passengers aboard the Southwest Airlines flight to try pulling her to safety amid a chaotic scene with “blood everywhere,” frightened witnesses said. 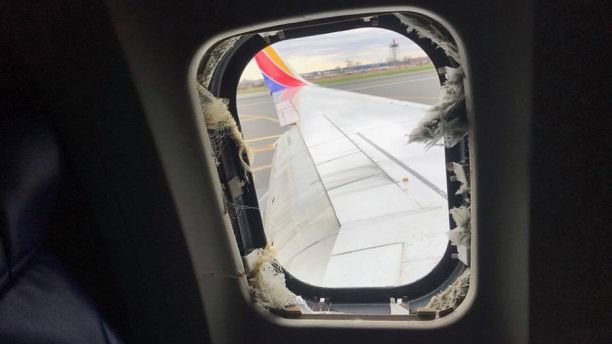 The window that a passenger was reportedly partially sucked out of during the Southwest Airlines flight. (Marty Martinez)

The National Transportation Safety Board (NTSB) confirmed Tuesday afternoon that one person was killed in the incident.

Dick’s Sporting Goods announced it would destroy all of the unsold firearms it pulled off store shelves in February after the Parkland school shooting.

The sports retailer decided to destroy the rifles instead of returning them to the manufacturer, the Pittsburgh Post Gazette reported. 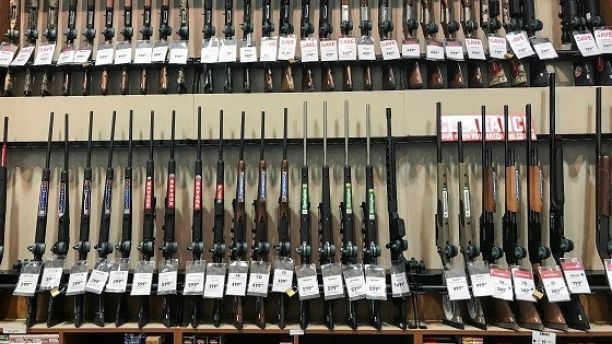 “We are in the process of destroying all firearms and accessories that are no longer for sale as a result of our February 28th policy change,” a spokesperson from Dick’s Sporting Goods told the media outlet. “We are destroying the firearms in accordance with federal guidelines and regulations.”

Jesse and Noah were among the 20 first-grade students gunned down inside the school in Connecticut on Dec. 14, 2012. Six educators were also killed.

The lawsuits allege that Jones’ insistence that the shooting was staged led others to make death threats against the victims’ families.

The Supreme Court heard arguments in February over Microsoft’s ongoing data privacy case involving email stored in Microsoft datacenter in Ireland. According to reports from those attending, the justices didn’t seem swayed by Microsoft’s claims that data stored overseas should not be accessible to government prosecutors. A ruling in the case wasn’t expected until the end of June 2018.

However, the government isn’t giving up on pursuing Microsoft in the matter. In March, the Justice Department was granted a new search warrant meant to force Microsoft to turn over the emails in question. Microsoft officials said they are reviewing the new DOJ warrant before deciding how to proceed.

NEW YORK  — New York City’s Public Design Commission has approved the removal of a controversial statue of a 19th century doctor who operated on enslaved women. 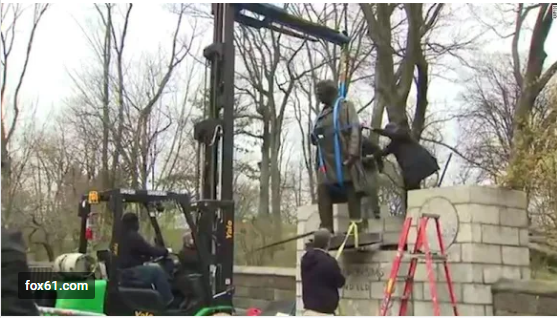 The Central Park statue of Dr. J. Marion Sims being moved to the Brooklyn cemetery where he is buried.

The commission on Monday voted 7-0 to accept a mayoral panel’s recommendation that a Central Park statue of Dr. J. Marion Sims be moved to the Brooklyn cemetery where he is buried.

Albuquerque’s council, controlled by Democrats, voted 6-3 in support of a measure preventing federal immigration officials from entering the city-operated areas without a warrant, Reuters reported.

An updated edition of a high school history textbook promotes an anti-Trump narrative and is laced with innuendos that his supporters and white people in general are racists.

Alex On-Air, a talk show host with WNOW-FM radio in Indianapolis, Indiana, posted several examples from the textbook on Twitter, and the story was also reported by The American Mirror.

What does this reflect?
“In case you didn’t think there was an effort going on in public schools to indoctrinate kids with an anti-conservative agenda, a friend of mine took pictures and highlighted parts of this AP US History book,”

The inspector general (IG) confirmed in its long-awaited report released Friday that in 2016 the FBI had ongoing field investigations of the Clinton Foundation in New York, Los Angeles, Little Rock, Arkansas and Washington, D.C. The multi-city investigation was launched when agents found “suspicious activity” between a foreign donor and Clinton Foundation activity in the Los Angeles area, as TheDCNF reported in August 2016.

Legislation was introduced on Tuesday, April 10, 2018.

By the next presidential election in 2020, 16 and 17 year olds could be voting in the Nation’s Capital.

Advocates of the measure say they have the support of seven of 13, a majority of D.C. Council members.

More than 90 Muslims, nearly all Democrats, running for public office across the U.S.

In Michigan, where 13 Muslim candidates are running for office, physician Abdul El-Sayed is hoping voters will elect him to be the first Muslim governor in the United States and has used his religion in campaign ads against Republican front-runner Bill Schuette, whom Trump has endorsed.

Hoyer: Democrats Will Look to Raise Taxes Once Back in Power

Greenwood Assistant Police Chief Matthew Fillenwarth says police and medics responded Sunday to a verbal and physical fight involving about 150 people at the Gurdwara Sikh temple in the city just south of Indianapolis. 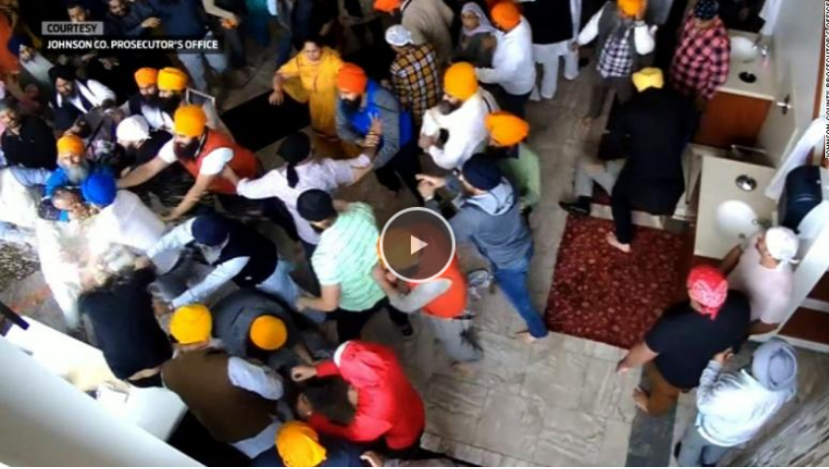 Police say a brawl at a Sikh temple in suburban Indianapolis has left four people with minor injuries.

He tells WISH-TV the altercation began as there was a change of leadership within the temple that he says happens every two years. Fillenwarth says it’s believed that there was a worship service going on when the fight broke out. 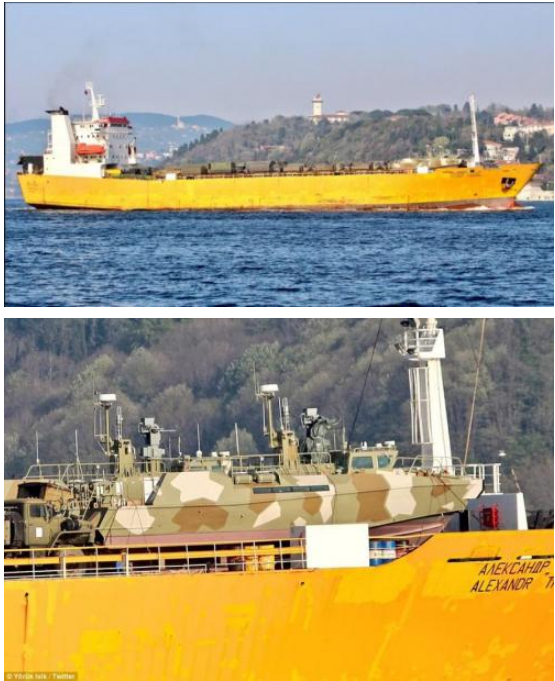 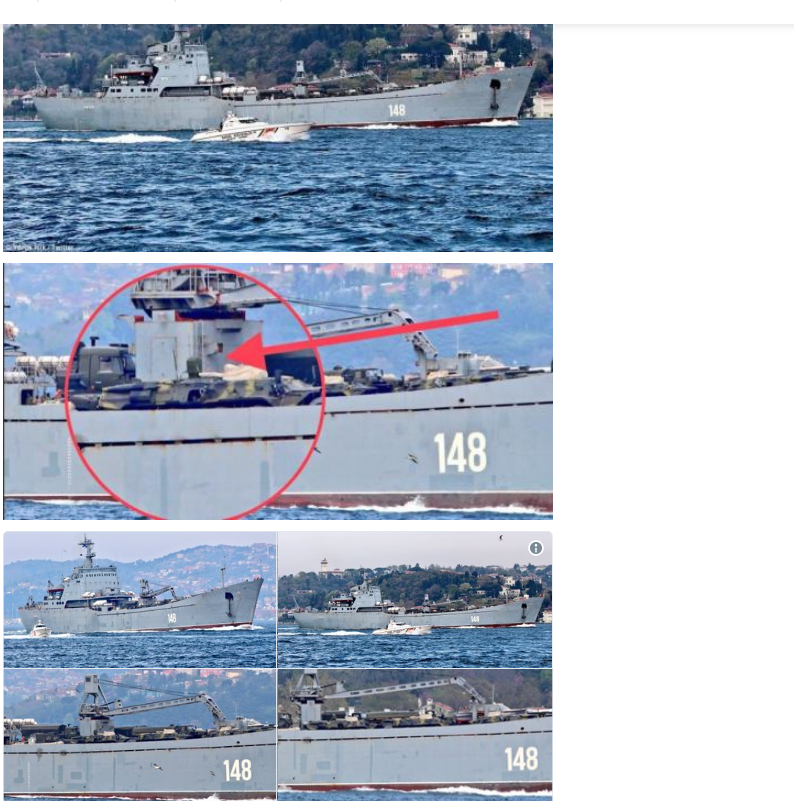 An Alligator-landing ship carrying tanks, trucks, ambulances and an IED radar was headed to the Russian naval base at Tartus, Syria, according to Bosporus-based naval observer Yörük Işık – who also spotted the Alexandr Tkachenk…

German train rape suspect was awaiting prison for prior rape

BERLIN –  German prosecutors say a man accused of raping a 19-year-old woman on a train full of soccer fans was convicted of another rape in November, but had not yet started serving his sentence.

Moenchengladbach (Muhn-shen-glad-bach) prosecutor Benjamin Kluck told Germany’s Der Spiegel magazine on Tuesday that the 30-year-old suspect was sentenced to more than three years in prison for rape and other offenses.

Kluck says his office is looking into why the suspect wasn’t in prison, but that his situation isn’t unusual.

The UK Times Union reports that author James Bloodworth went undercover at an Amazon warehouse in Staffordshire, UK, for a book on low wages in Britain. He found that the warehouse’s fulfillment workers, who run around Amazon’s cavernous warehouses gathering products for delivery, had a “toilet bottle” system in place because the bathrooms were too few and too far away to get to quickly.

Bloodworth’s contention is consistent with a separate survey of 241 Amazon warehouse employees in England, which was released yesterday, April 16, 2018. The survey found that: