A Chicago police officer died after he was “senselessly murdered” in a downtown building Tuesday afternoon, police said.

Commander Paul Bauer, of the 18th District, was chasing a suspect when he was “shot multiple times,” Police Superintendent Eddie Johnson said at a news conference.

“Selvin Raymundo Salazar and his MS-13 clique terrorized communities in Maryland by committing senseless acts of violence,” said Acting Assistant Attorney General Cronan. “Today’s guilty plea makes plain the Department’s unwavering commitment to working with our federal, state, and local partners to use all lawful tools at our disposal to disrupt the significant threat that this violent and ruthless gang poses to our communities.”

MADISON, United States (AP) — Wisconsin Republicans are distancing themselves from Paul Nehlen, a Republican challenger to House Speaker Paul Ryan who has been suspended from Twitter after a series of posts criticized as being racist or anti-Semitic.

Nehlen has tried to capitalize on the attention to raise money for his campaign, which has been paying his wife a salary.

So, here’s a fact for you. A top Democratic group is warning party leaders that they’re in danger of blowing what should be a political advantage in 2018 if they continue to ignore what Americans care most about while haranguing President Trump with nonstop frivolous attacks.

According to internal polling by the super political action committee, Priorities USA, Trump’s approval rating has risen to 44% — up 4% from a previous survey. And that rise comes despite the liberal onslaught against Trump pushed by liberals and their media minions.

But, overall, the poll shows that voters’ perceptions of Republicans have recovered from the lows of late last year, including on a number of key issues.

“Not only have Republicans increased support on the generic congressional ballot, they are now trusted more to handle the most important issue when voters head to the polls: the economy,” said Kyle Dropp, Morning Consult’s co-founder and chief research officer. “In mid-December, 39 percent of voters said they trusted Democrats more to handle the economy, compared to 38 percent who said Republicans. Today, 43 percent say Republicans and 32 percent say Democrats.”

Vice President Mike Pence hit back at “The View” one day after host Joy Behar said that it’s essentially “mental illness” to believe that “Jesus talks to you” and co-host Sunny Hostin added that she’s not so sure she wants her “vice president speaking in tongues and having Jesus speak to him.”

Pence told Axios’ Mike Allen on Wednesday that he heard “ABC has a program” that compared his faith to mental illness, before accusing the network of allowing a forum that mocks the faith tradition of millions of Americans.

An Illinois nurse who was muscled out of her job because she wouldn’t participate in abortions is now one step closer to fighting her case before a jury of her peers.

Sandra (Mendoza) Rojas had worked as a Winnebago County public health nurse for 18 years before a new supervisor forced her to choose between her livelihood and her conscience in 2015.

Rojas, who lodged a formal complaint with the U.S. Department of Health last month, had filed a wrongful termination lawsuit against Winnebago County in 2016, but the County slowed down her suit by claiming it had a near-universal right to force Rojas into compliance with its new policy.

BURLINGTON, Vt. — The Burlington School Board voted unanimously Tuesday night to allow student-activists to raise a Black Lives Matter flag on the high school campus, becoming the second public school in the state to do so.

(CNSNews.com) – The federal government this January ran a surplus while collecting record total tax revenues for that month of the year, according to the Monthly Treasury Statement released today.

January was the first month under the new tax law that President Donald Trump signed in December.

The President Saved My Life’: Trump Meets Cancer Survivor Who He Gave $10K

Don Bouvet wore a suit for the second time in his life Friday, when he visited the White House to meet with the man he credits for saving his life: President Donald Trump.

Last year, Bouvet said he couldn’t afford the chemotherapy he needed to treat his bladder cancer. But more than a year after Trump gave his family $10,000, Bouvet says he’s cancer-free.

President Trump plans to donate his salary from the last quarter to the Department of Transportation to facilitate infrastructure development, the White House announced on Tuesday as administration officials worked to draw attention to the roll-out of Trump’s infrastructure plan.

The president’s salary from the last quarter will go toward InfraGrant, a program that prioritizes grants for state and local projects, Transportation Secretary Elaine Chao told reporters at the White House on Tuesday.

The FBI has provided an abundance of evidence that the Council on American-Islamic Relations is a front for the Muslim Brotherhood and its Palestinian branch, Hamas.

But when parents suing the San Diego Unified School District for its alliance with CAIR in an anti-bullying and “anti-Islamophobia” program inserted a reference to CAIR’s terrorist ties in their complaint, a federal judge objected.

Multiculturalism has failed in Europe.
Most people are unaware of the consequences of the illegal mass immigration into Europe that lead to the changing face of Europe.
The British have become a minority in their Own capital city.
In Sweden the situation is even worse, Swedish majority will live long enough to see themselves becoming a minority in their own country.
More and more countries are taking steps against the immigrants’ culture.

Low Sentences for ‘Twisted Tag Team’ Who Raped Woman at Gunpoint Behind Mosque, in Alley, and Her Own Home

In March last year Aquib Ahmed and a 16-year-old who cannot be named for legal reasons broke into the Sheffield home of a man and his daughter, looking for drugs and threatening them with a handgun.

After realising they had targeted the ‘wrong’ house, as its occupants had no drugs or criminal connections and leaving,  South Yorkshire Police said the pair returned to the three days later “purely for their own sexual gratification, where they threatened the man and his daughter at gunpoint before they each raped the young woman repeatedly.”

Syrian state media reported that the country’s anti-aircraft guns fired at an Israeli drone as it flew over the southwestern Syrian city of Quneitra, forcing it to retreat Wednesday evening.

The Israeli military said it would not comment on the reports.

US says Iran drone incursion a ‘wake-up call’ for world

US envoy to the UN Nikki Haley on Wednesday called Iran’s piloting of a drone into Israel a “wake-up call” to the world regarding Iranian efforts to cement its presence in Syria.

Speaking at the Security Council, Haley called the Iranian drone incursion over the weekend an “egregious and unprompted escalation.”

“In All Thy Sons Command’ isn’t sexist – It was included in Canada’s national anthem to honour the young Canadian soldiers who fought in the First World War.
Spread the word. O Canada is not a gimmick. O Canada is part of our country’s sacred history.”

According to information in the Grassley-Graham memo, the former FBI director had a meeting with the White House on Jan. 5 about supposed Russian collusion in the 2016 election and then failed to disclose it to Congress, when he was asked about it in testimony.

For the second time in as many months, a federal judge has barred the Trump administration from ending the Obama-era DACA program next month.

U.S. District Judge Nicholas Garaufis in New York ruled Tuesday that Attorney General Jeff Sessions had “erred in concluding that DACA is unconstitutional” and granted a preliminary injunction sought by state attorneys general and immigrants who had sued the administration.

The Justice Department had no immediate comment on Garaufis’ ruling.

Should offensive speech be banned? Where should we, as a society, draw the line where permitted speech is on one side, and forbidden speech is on the other? Should we even have that line? And should free speech be limited by things like trigger warnings and punishments for microaggressions? Greg Lukianoff, president of the Foundation for Individual Rights in Education, answers these questions and more. Does Free Speech Offend You?

Princeton professor Lawrence Rosen asked students whether it was worse for a white man to physically attack a black man, or to use a racial slur – and they walked out. Brit Hume sounds off the delicate feelings of today’s college students. Hume: People today are looking to be offended 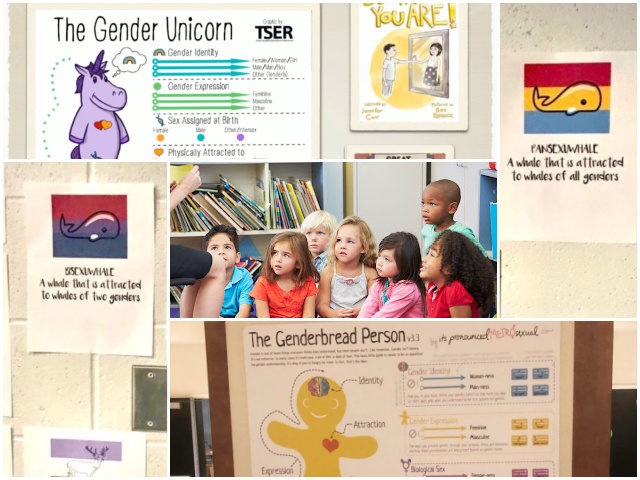